Barley grass can be consumed as a juice extracted from the cereal grass sprouts or in the form of green powder by spray drying the barley grass. It brings relief in a range of health conditions discussed as under:

Antioxidant Power: Barley grass has an impressive antioxidant wealth. Along with vitamin E and beta carotene, barley grass is the most potent supplier of healthy and critical enzyme superoxide dismutase which helps neutralize the effects of oxygen free radicals produced during energy metabolism. The protective action of these valuable radical scavengers prevents the development of a wide array of diseases caused by oxidative stress.

Ulcerative Colitis: Barley grass is valuable in treating ulcerative colitis attributing to its stimulating effect on the gut-friendly bacteria. It helps in alleviating the inflammation and other associated symptoms implicated in ulcerative colitis by reducing the provocative chemicals in the bowel. Barley grass also assists in balancing the fluidity in the bowel and helps eliminate accumulated toxins from the body.

Detoxification: Barley grass is a wonderful natural detoxifier. The cleansing ability of barley grass is even effective in eliminating the accumulated harmful heavy metals including lead which may cause behaviour and learning disorders, particularly in kids. The major contributors behind the act of detoxification are trace elements zinc, selenium, and copper. Furthermore, an abundance of chlorophyll and beta-carotene in barley grass stimulates the eradication of waste materials such as mucus and crystallized acids. It also supports the metabolic processes and aids in strengthening and detoxification of the liver.

Immune System: Barley grass supports in boosting the immune defence mechanism of the body. Regular consumption of barley grass provides the required nutrition which is necessary for balancing the optimal production of immune cells in the body. Effective and strong immune defence vigilantly fights infections and prevents the development of fatal diseases.

Cancer: Barley grass is effective against cancer owing to the power of superoxide dismutase enzyme. It has preventive as well as curing reaction against the cancer cells which also attributes to the presence of other remedial components such as pyridoxine protein and catalase enzyme. Catalase enzymes present in barley grass has the ability to decompose and neutralize the effects of toxic hydrogen peroxide which is produced during respiration and help suppress the proliferation of cancer cells.

Protection from Radiation and Cellular Damage: Another beneficial effect of barley grass is its protective action against the cell destructing effects of UV radiations. It helps prevent as well as extends a therapeutic relief on the existing damaged cell owing to the presence of superoxide dismutase enzymes. Regular consumption of barley grass juice aids in reducing the radiation stress in the people who are more prone to such exposure such as population in urban and large cities.

It also acts defensively against the effects of radioactivity and even renews the cells and tissues damaged by radioactivity. This attributes to the presence of chlorophyll content which improves the resistance to radioactivity and also encourages the production of new blood cells. For this reason, it is generally recommended to drink barley grass juice prior and post-exposure to x-rays to provide a shield against the radioactive damages.

Fights Addiction: Barley grass is also an effectual remedy for fighting various kinds of addictions. The presence of glutamic acid in barley grass inhibits the craving for harmful materials such as alcohol, coffee, nicotine, drugs and even sugary sweets.

Acid-alkali Balance: Barley grass beneficially contributes to establishing the acid-alkali balance of the body attributing to its super alkaline nature. It is a natural alkaline source which helps in reducing the excess acidity in the body which may cause acidosis damage. Imbalance of acid-alkali in the body may lead to problems like sleep disorders, cardiac pains, fatigue, constipation, and fragile fingernails.

Rejuvenating Effects: Barley grass is a natural way to stimulate the regeneration of cells without any side effects. Vital components such as chlorophyll, vitamin B, iron and phycocyanin, a blue pigment in barley grass inspires the bone marrow and supports in the creation of white and red blood cells. This renewing effect of barley grass also helps prevent the signs of ageing by rejuvenating the ageing cells and helps maintain healthy and youthful skin. The useful enzymes present in barley grass improve the quality of blood, regulates digestion and works as a rejuvenator tonic for the entire body. 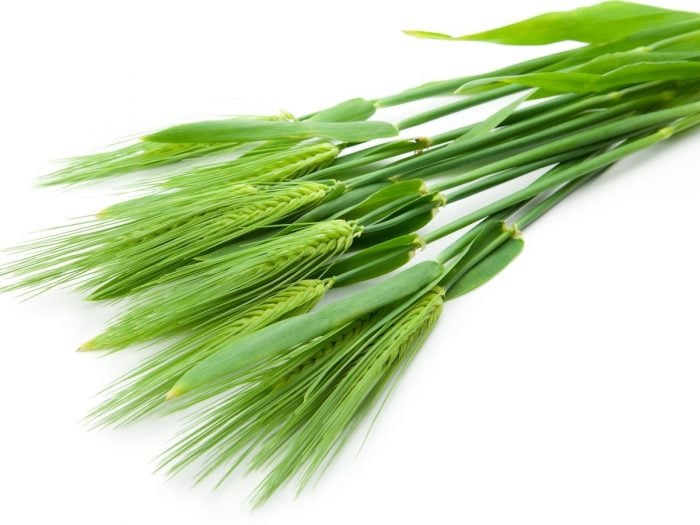