Green tea is a type of tea that is made from Camellia Sinensis leaves that have not undergone the same withering and oxidation process used to make oolong and black tea.

It is loaded with polyphenols like flavonoids and catechins, which function as powerful antioxidants.These substances can reduce the formation of free radicals in the body, protecting cells and molecules from damage. These free radicals are known to play a role in aging and all sorts of diseases.

The key active ingredient is caffeine, which is a known stimulant. What caffeine does in the brain is to block an inhibitory neurotransmitter called Adenosine. This way, it actually increases the firing of neurons and the concentration of neurotransmitters like dopamine and norepinephrine.

Caffeine has been intensively studied before and consistently leads to improvements in various aspects of brain function, including improved mood, vigilance, reaction time and memory. However, green tea contains more than just caffeine. It also has the amino acid L-theanine, which is able to cross the blood-brain barrier.

L-theanine increases the activity of the inhibitory neurotransmitter GABA, which has anti-anxiety effects. It also increases dopamine and the production of alpha waves in the brain. Caffeine and L-theanine can have synergistic effects. The combination of the two is particularly potent at improving brain function.

Catechin compounds in green tea can have various protective effects on neurons in potentially lowering the risk of Alzheimer’s and Parkinson’s.

Bittersweet and nutty notes with a robust finish 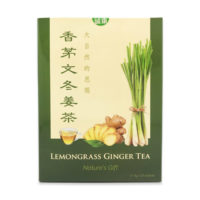